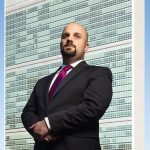 Ariel Ben-Chitrit is well on his way to his goal of working for the U.S. government or for a think tank specializing in international relations. The 2014 Beacon College graduate recently spent a year in China teaching English. “It was my first time abroad for that long,” Ben-Chitrit says. The interdisciplinary studies major has also visited Australia, Israel, and some of the Baltic states. Ben-Chitrit also received a fellowship from the American Jewish Committee, working in the advocacy organization’s New York City headquarters. 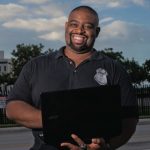 “Technology is constantly changing,” Butler says. “With the government, you get to see most of these new things that are being developed.” Butler, a 2009 graduate of Beacon College, started work as a cybersecurity analyst with the Southern Command in 2011. In between, he worked for a Fort Lauderdale telecommunications company as an assistant support specialist. At the Southern Command, Butler started out as an intern and then was hired as a contractor. Soon thereafter, he was brought on as a full-time employee of the government.

Welcome to WordPress. This is your first post. Edit or delete it, then start writing!